Flashes and Redhawks Clash for MAC East Title on Saturday 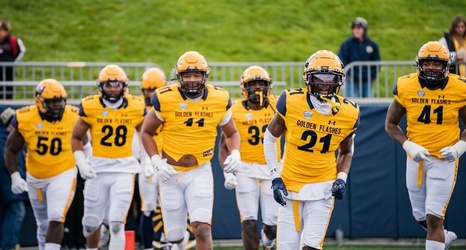 KENT, OHIO- The Golden Flashes will play for their first Mid-American Conference East Division title since 2012 this Saturday as they welcome in the Miami Redhawks to Dix Stadium for a noon kick off on ESPN +.

Both Kent State and Miami are 6-5 overall and 5-2 in the Mid-American Conference. The winner of Saturday's showdown represents the East against West champion Northern Illinois next Saturday in Detroit.

ABOUT THE GOLDEN FLASHES