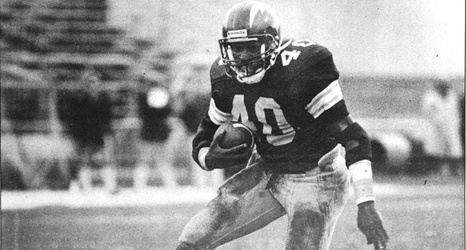 KENT, OHIO-It is week seven of our FLASHBack series powered by Ganley Chevrolet. This week we go back to October 17, 1987 when Eric Wilkerson ran wild over the Western Michigan Broncos.

1987 was a solid year for the Golden Flashes. Led by head coach Glen Mason, Kent State would come into the game against the Broncos at 3-2 on the year, including a win over the Kansas Jayhawks. The offense was led by a strong running game, headlined by junior Eric Wilkerson. The 5-9 back led the Golden Flashes in rushing in three of his four seasons.