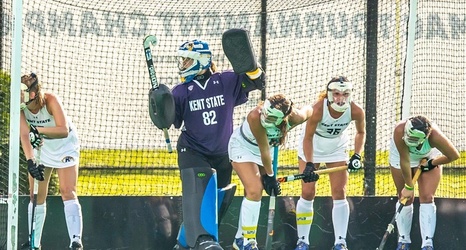 The selected student-athletes were nominated by their NFHCA member coach and were chosen based on their career accomplishments.

Fernsler's goalkeeping led the Flashes to 11 wins this Fall as opposed to just six losses in the 17 games she started. She allowed more than two goals in a game only three times all year and helped secure two shutouts for Kent State, one solo and one combined.