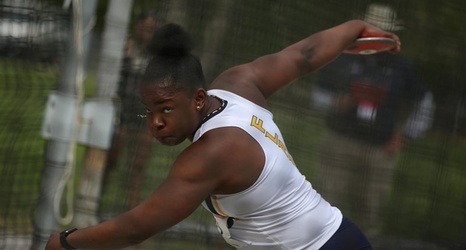 JACKSONVILLE, Fla. – Gabby Bailey placed sixth in the women's discus throw at the NCAA East Preliminary Round on Saturday to earning her second qualifying entry for the upcoming NCAA Outdoor Track and Field Championships.

Bailey, who already punched her ticket to the national meet in the shot put, launched the discus 184'-5" on her only legal attempt of the day. Grace Tennant started the competition with a solid mark of 164'-7" on her first throw but followed with fouls on the next two attempts and placed 26th.

Along with pole vaulter Leah Pasqualetti, Bailey will represent the Golden Flashes at the 2021 NCAA Outdoor Track and Field Championships, which returns to historic Hayward Field in Eugene, Oregon from June 9-12.