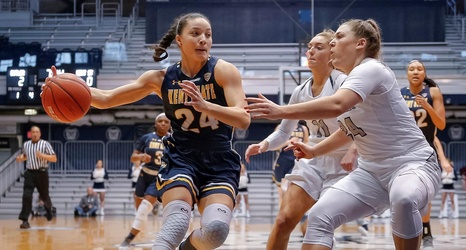 She finished with 11 points and eight rebounds in 38 minutes played during the team’s 70-52 loss to Butler University in the second round of the WNIT.

Golden is the only player in Kent State women’s basketball history to have 500 points, 500 rebounds, 200 assists, 200 steals and make 100 three-point field goals over the course of a career.

After graduating in May 2019, she became a graduate assistant for the team and in December, was elevated to director of basketball operations.