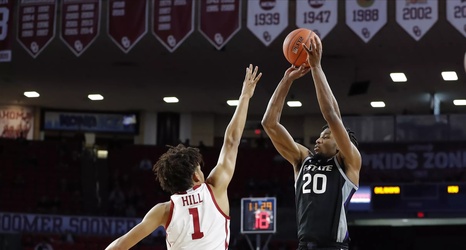 After Kansas State built as much as an 11-point lead on Oklahoma, the Sooners finished on a 12-0 run to defeat the Wildcats, 66-61, in Norman.

K-State did not score a point over the last 3:45 of the game, and lost after leading for nearly 37 minutes. Scoring droughts, as we know by now, are the Cats’ Achilles heel, and they were again today. After raising reaching its biggest lead of the game at 44-33 with 14:23 to play, K-State committed three turnovers and missed two shots on its next five possessions to allow the Sooners to hang around.