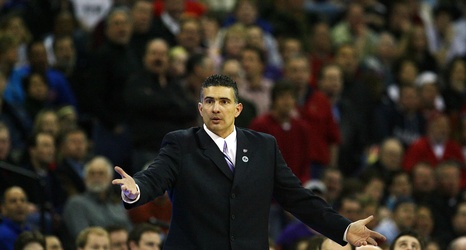 In 2009-2010, Frank Martin’s third year as Kansas State’s head basketball coach, the Wildcats gave their fans a ride all the way to the Elite 8. Getting there wasn’t easy, though. The Xavier Musketeers forced two overtimes before the ‘Cats finally prevailed, 101-96.

The season had been a slow build. K-State started the season unranked, though they were receiving votes. They entered the Associated Press poll at No. 17 after beating Xavier 71-56 and No. 18 UNLV 95-80 in week five. They climbed as high as fifth, compiling a 26-7 record prior to the NCAA tourney.