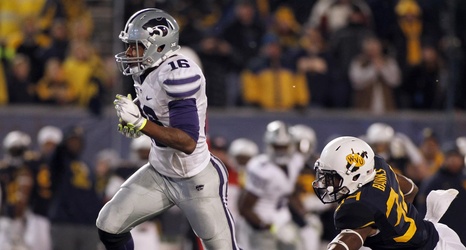 Chris Klieman is in a pretty good mood today, as are most college football coaches. It’s National Signing Day, and 23 new athletes have officially signed their intent to play for the Kansas State Wildcats. Hard not to be happy about that.

Several guys are already on campus and practicing with the team. Klieman noted having James Gilbert already in the program is huge for the running back group, and brings a ton of experience as a grad transfer. He didn’t expect him to step right in and be a leader, rather he just wanted another good running back on the roster.