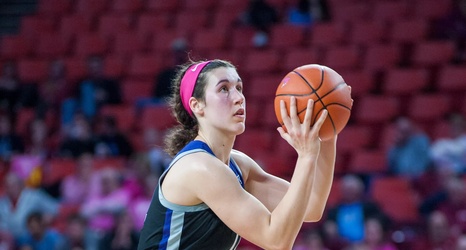 Not much to say this morning, so let’s get it said and be on about the day.

K-State post phenoms Peyton Williams and Ayoka Lee swept the Big 12 weekly awards, after both averaged a double-double for the week. This was the first time since 2001-02—when Nicole Ohlde and Kendra Wecker pulled off the feat—that two Wildcats have held both the Player of the Week and Freshman of the Week honors simultaneously. Only two players in the entire conference average a double-double for the season: Williams and Lee. Lee’s honor is a record-setting 10th for the season, passing Oklahoma’s Courtney Paris, who had nine 2005-06.