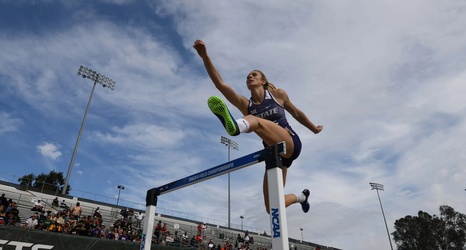 It’s time for the last of your Kansas State Wildcats to compete in the 2020-21 school year as official representatives of K-State, as the 2021 NCAA Outdoor Championships begin today from historic Hayward Field in Eugene, OR. From today, June 9th, through Friday, June 12th, thirteen Wildcats will be competing for their shot at an individual NCAA title, and maybe just a few with sights set on the bigger goal of competing in Tokyo later this summer at the Olympics.

Logan Wolfley, who earned his spot after winning the Big 12 title and NCAA West Region title in men’s javelin, and Jullane Walker, in his second appearance at the outdoor championships in men’s long jump, are the first Wildcats in action.