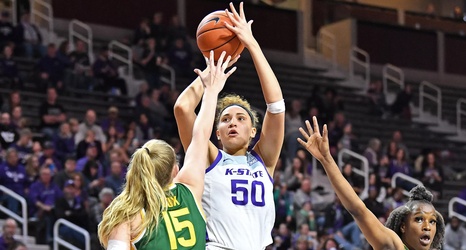 Last night the Kansas State Wildcats picked up a big victory. No, not the men who were busy falling to last place in the league with a bad game against the now-second-worst team in the conference (special props to Drew for recapping that garbage). The Wildcat women were on the road in Morgantown last night, and used a 24-5 run in the fourth quarter to erase an 18-point deficit an pick up a 56-55 victory. There were several major achievements during the game, so we’ll bullet-point them for you to keep things clean and easy: