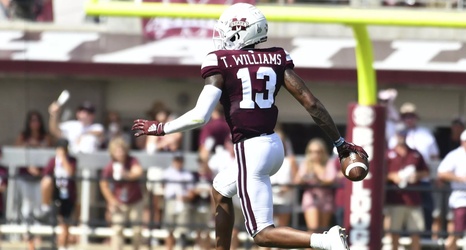 There’s one thing tying Mississippi State and Kansas State together heading into tomorrow’s clash of which everyone is acutely aware: Isaiah Zuber. The former Wildcat departed as a graduate transfer and signed on with the SEC guys over the spring, and will face his former teammates this weekend.

But that’s not the only peculiarity between the two programs. Last year, defensive backs coach Van Malone was the defensive quality control coach in Starkville. The Mercury’s Ryan Black asks how much that’s going to help K-State tomorrow. Meanwhile, Tyler Horka of the Mississippi Clarion Ledger contrasts the campus-swapping of Malone and Zuber.