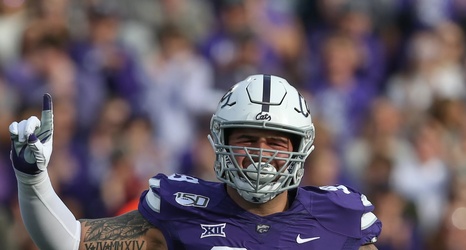 Fresh off our turkey and pumpkin pie comas, Wildcat fans are shopping for a Senior Day victory over Iowa State to end the regular season.

With a game on Saturday, K-State’s players could not realistically travel far for Thanksgiving. But teammates and coaches had their backs, and all of the players found someone in the extended family of the team to enjoy the holiday with. It appears that Coach Van Malone, particularly, hosted a large contingent.

Twenty-seven seniors will play their final game at Bill Snyder Family Stadium tomorrow, and Coach Klieman said he appreciates their willingness to allow his staff into their lives in their final year at K-State.