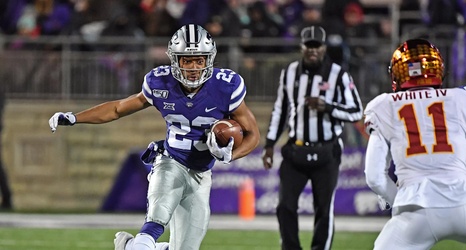 The regular season is in the history books, at least for the teams which are neither playing in conference championship games nor defending our nation against foreign enemies. We now head into the silly season; over the weekend six FBS teams (Boston College, Missouri, Old Dominion, Mississippi, South Florida, UTSA) made coaching changes.

The first of those that we’ll mention isn’t one of them, however. It’s a regular old weekly award, and for the second time in as many weeks it went to a Wildcat.