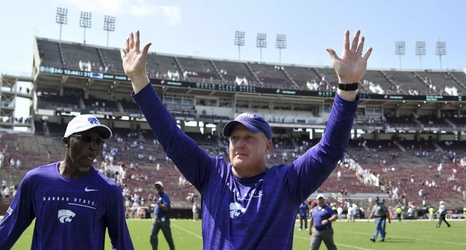 Nine months ago, there were still people convinced that Kansas State football was dead. After all, you can’t replace a Hall of Fame coach with some guy from FCS.

Well, don’t look now, but after three games our man Chris Klieman has the Wildcats ranked. Sure, it’s only #25, and sure, it’s just the coaches poll, but K-State gets to walk around with a number next to its name for at least a week and probably two. (The Cats just missed making the AP Top 25, where they’re the top team amongst the Also Receiving Votes gaggle.