SLATE: How many ways can you say “lost big?” 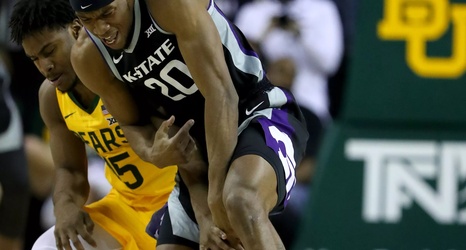 Today’s Slate features a vocabulary lesson for all they ways to describe an awful late-season performance that extends a losing streak to eight games.

Good, active verbs deliver the most punch. Here at BoTC, we opted for “dominates” in headlining “No. 2 Baylor dominates K-State, 85-66.” It’s accurate. It conveys a sense of helplessness against a superior opponent, which captures the essence of that game.

Ryan Black at the Mercury chose the more physical “batters,” as in “No. 2 Baylor batters K-State 85-66.” That headline evokes images of violence. It’s hyperbole, of course.