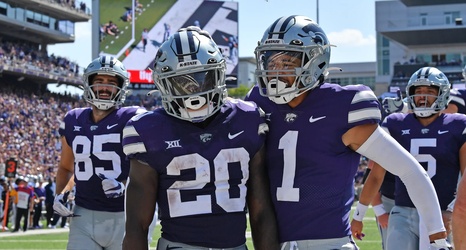 The biggest news out of the weekend was the release of the latest AP and Coaches Top 25 polls. The Associated Press voters at least got the Kansas State Wildcats on the list at #25 (which is still low), but the coaches (or most likely their interns) decided that the Wildcats were only worthy of a very minor bump, despite being 3-0 against good competition. More fuel to the fire.

Of course, part of that is that K-State has been shafted on TV assignments, starting the season buried on the 11am slot on FS1, before being relegated to ESPN+ for the next three games, including this weekends contest in Stillwater (at least ESPN isn’t trying to hide the fact that they really hate the Big 12 and want our games not to be seen).