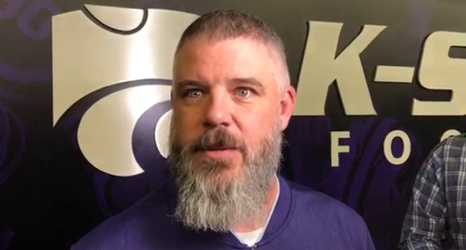 That won’t come as a surprise to anyone who has met Kansas State’s new defensive coordinator. His signature black-and-gray facial hair extends well below the chin, making him look more like a lumberjack than a football coach.

The look suits him, considering his hobbies include “killing things and going fishing.” But, truth be told, he isn’t married to a long beard. The woman he married is.

“Every once in a while I will shave it and my wife will tell me I look ugly,” Hazelton said. “So I grow it back.