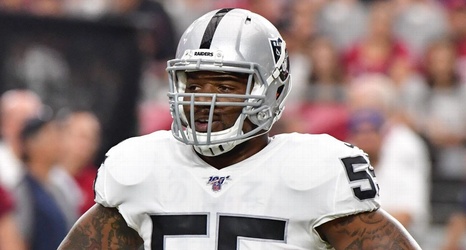 Oakland Raiders linebacker Vontaze Burfict has been suspended for the rest of the 2019 season for his helmet-to-helmet hit Sunday on Indianapolis Colts tight end Jack Doyle, the league announced.

Burfict was ejected in the second quarter of Sunday's 31-24 win for the Raiders. He was initially flagged for hitting Doyle in the head across the middle. But after the officials conferred, Burfict was thrown out.

The 29-year-old Burfict received 13 suspensions and fines in seven seasons with the Cincinnati Bengals before signing with the Raiders as a free agent this offseason.