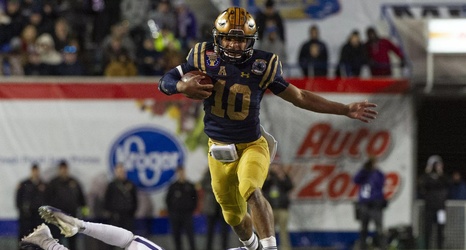 The opening drive of today’s Liberty Bowl may well have set the tone for the entire day for Kansas State. Skylar Thompson attempted three passes. All three were in the hands of the intended receiver; all three, two of which would have been sure touchdowns, were dropped.

And yet, with five seconds left to play, the game was still tied until Bijan Nichols booted Navy to a 20-17 victory with a 23-yard field goal.

The game almost went to overtime one play earlier. After a trick play in which Malcolm Perry pitched to CJ Williams, who then threw a 41-yard pass to Chance Warren, Perry fumbled at the five-yard line.