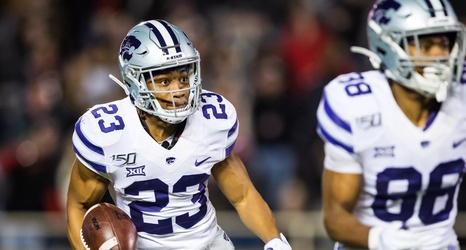 Apparently, some people are #madonline about me predicting K-State losses in this weekly feature. Given that K-State is 4-3 in games in which I’ve predicted a loss this season, maybe I should just predict a loss every week.

Anyway, last week’s win in Lubbock was an odd game. Connelly’s postgame win expectancy for K-State was only 12%. That felt odd for a game in which I felt like K-State could’ve easily gone to halftime leading 17-3 and won by a couple scores. But a 31% Success Rate will do that. You aren’t always going to get two turnovers and a special teams touchdown, although K-State does that more often than other teams.