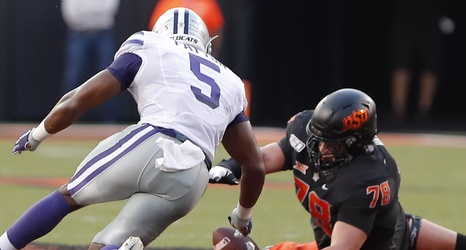 Last week’s Big 12 opener against Oklahoma State was a chance for K-State to seize on their non-conference momentum and make an impression. After a surprising 3-0 start led to a national ranking, K-State had a week off to prepare for a Cowboys team coming off a draining loss to Texas.

Instead, the Wildcats never could get their offense on track. A defensive effort that wasn’t impressive in the particulars - Chuba Hubbard was probably running through Scotty Hazelton’s nightmares all week - nevertheless did enough in the macro to keep K-State in range all game. Alas, it wasn’t to be.