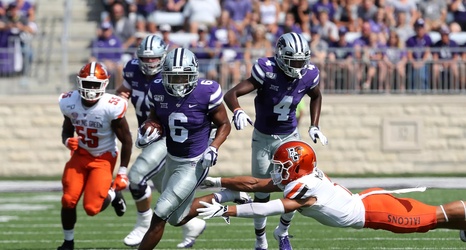 Before the season started, if you’d have asked just about any Kansas State Wildcats fan if they would be okay if their Cats were 3-1 headed into this game, you would have likely heard a resounding “Yes”. But here we are, sitting at 3-1 with a win at Mississippi State under the belt, and yet it feels like things could be better.

Last weekend, the Wildcats traveled to Stillwater and came home with a disappointing loss. The K-State defense played solid — and defensive end Wyatt Hubert was basically unblockable for two quarters — but the Wildcat offense tried to do too much and just could never get unstuck from the mud, not scoring a touchdown until halfway through the fourth quarter.