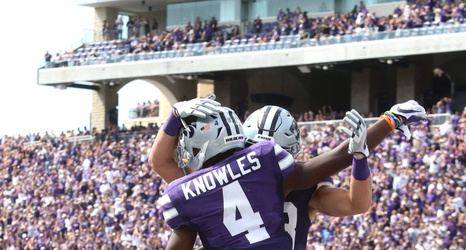 Kansas State blanked Bowling Green 52-0 yesterday, and honestly, it wasn’t even as close as that scoreline might suggest (if you’re squinting at it with MAC-colored lenses).

As Jon Morse notes in his official recap of the game, the run game is getting a lot of attention, but the passing game has been great too, and the defense—though probably not tested—is playing well too.

Another week, another dominant effort against a non-conference opponent. While it’s difficult to make too much out of these past two games, it’s also hard to keep a lid on our expectations.