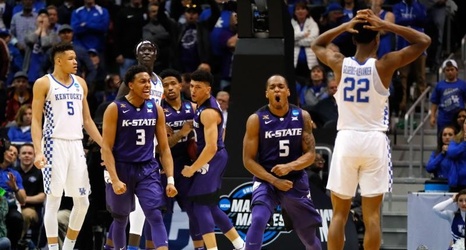 Several members of the Kansas State Wildcats said the team was disappointed the Kentucky Wildcats, including head coach John Calipari, left the floor before the postgame handshake line Thursday night.

Alex Scarborough of ESPN.com passed along comments from Kansas State following its 61-58 victory over Kentucky in the Sweet 16 of the 2018 NCAA tournament.

"That's not the sportsmanship you like to see, but that's them," forward Levi Stockard III added. "They just walked off the court.