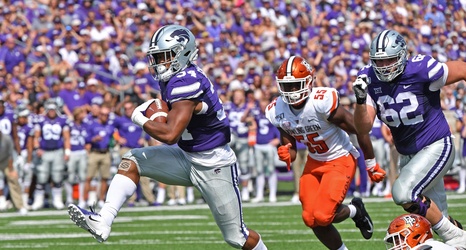 So far so good for Chris Klieman and the Kansas State Wildcats! K-State smacked Bowling Green right in the mouth from the very beginning and never let up, ultimately winning 52-0.

Now, let’s not get too caught up in everything, as the Wildcats have played two non-conference non-Power 5 opponents in their first two games. That being said, KSU can only play who’s on their schedule and so far they’ve achieved all they can do masterfully through two games.

The run game has been electric for Kansas State early on, as they continued to gash their opponent on the ground in week two.