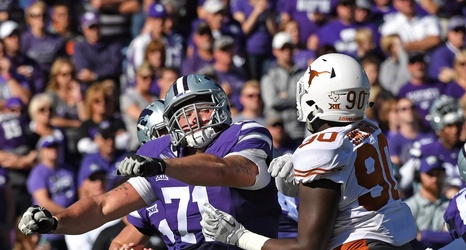 Last week saw a flurry of action on the recruiting front, kicked off by Austin Weiner, a 6’7, 240 pound 3* offensive tackle prospect out Gardner Edgerton, KS (by way of Milton High School in Milton, GA).

Austin Weiner is the son of former Kansas State and NFL player Todd Weiner. The elder Weiner was named second-team All American in 1997 and played 11 seasons in the NFL, putting in 4 years with the Seattle Seahawks to begin his NFL career, and finishing up with 7 seasons at Atlanta.

K-State beat out numerous G5 schools for Weiner’s services, with P5 schools lurking in the shadows to see how the 6’7 prospect fills out in his senior year.