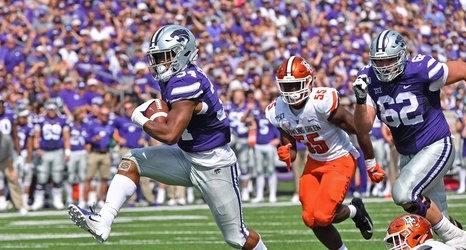 Chris Klieman walked into K-State with the weirdest running back situation I’ve ever seen. He was without a single scholarship running back, and his entire game plan revolves around running the football. Even as little as five years ago, he would have been stuck recruiting junior college backs. Now, this isn’t a slight to JuCo’s, but it generally takes a season to make the D1 transition, and the Wildcats needed help now.