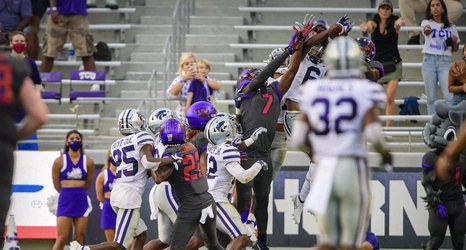 A wild final drive by TCU ended with a hail mary batted down in the end zone as Kansas State came away with a 21-14 win in yet another crazy final-play game between two friendly rivals at Amon G. Carter Stadium in Fort Worth.

The big story for K-State was the smothering defense, which forced TCU to punt seven times, five of which followed a complete failure to gain a first down.