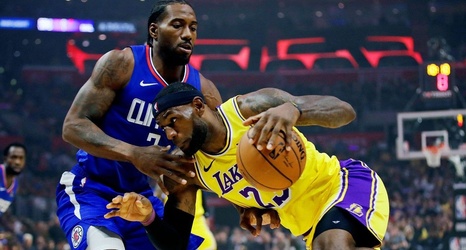 The NBA season will resume with LeBron James, Kawhi Leonard and Zion Williamson highlighting a doubleheader to open the restart in Orlando, Florida.

The NBA released its schedule for games in Orlando with the season resuming on July 30. Williamson and the New Orleans Pelicans tip off the restart against the Utah Jazz and Rudy Gobert, whose positive test for coronavirus helped lead to the suspension of the NBA season back on March 11.

After that, James, Anthony Davis and the Los Angeles Lakers resume their title chase by facing Leonard, Paul George and the LA Clippers in a clash between the two best teams in the Western Conference.