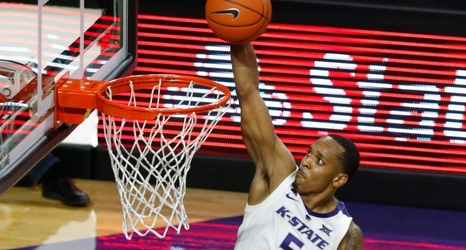 Somewhat lost in the fan euphoria that followed Kansas State’s 74-67 victory over Kansas is the fact that the Wildcats sit atop the Big 12 standings at the midway point of the conference season.

K-State (17-5, 7-2 Big 12) is the leader in the clubhouse after winning seven straight league games, and it enters the final stretch of the regular season with legitimate hopes of winning its first championship since 2013.

This is uncharted territory for these Wildcats.

How will they handle it? We will soon find out. For now, though, they seem to understand it’s going to be a grind to the finish.