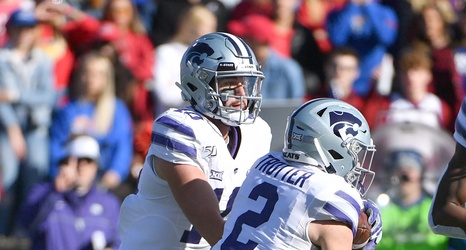 A crushing defense and an effective offense overcame a plague of penalties as Kansas State cruised to an easy 37-3 win over arch-rival Kansas today at Memorial Stadium in Lawrence, in the process securing bowl eligibility for Chris Klieman in his first season at the helm.

Ultimately, it was the decision by Les Miles to go for it on fourth down twice deep in his own territory in the fourth quarter which decided the game once and for all. K-State was able to score 14 quick points as a result, turning a probable win into a certainty.