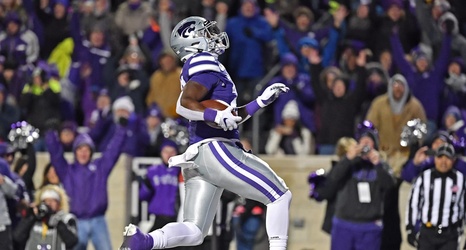 You’d think if a game was going to be partially decided by wind, the Cyclones would have the advantage.

Unfortunately for Iowa State, when your offense is predicated on the pass the wind is a bad thing. Brock Purdy, who’d been throwing for over 300 yards a game, was limited to a mere 185 tonight by a stingy Kansas State defense which also bottled up the Cyclone running attack. The result: a 27-17 win at Bill Snyder Family Stadium which propelled the Wildcats to an eight-win season under Chris Klieman, the most wins ever by a first-year head coach in K-State history.