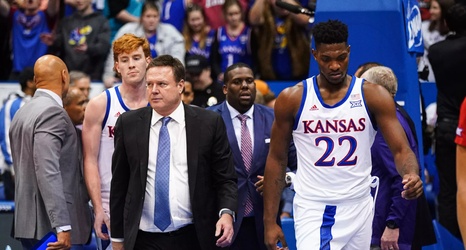 The game was ugly enough. The finish was needlessly hideous, thanks to some childish, tough-guy conduct.

Kansas State (8-10, 1-5 Big 12) fell, 81-60, to the Kansas Jayhawks (15-3, 5-1) Tuesday in Lawrence. And though the game itself featured some headline-worthy performances, talk of the evening will undoubtedly coalesce around a pointless scrum under K-State’s basket with a single second on the clock.