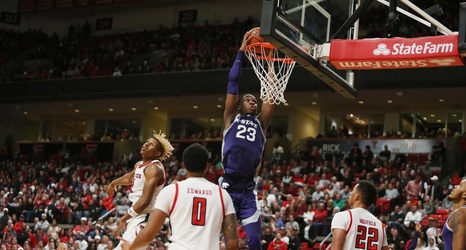 On rare occasions, everyone can unanimously point to one moment in a game and agree that it was the pivot play that most affected the outcome. Against Texas Tech Wednesday night in Lubbock, Kansas State’s Cartier Diarra turned what could have been a huge bounce for the Wildcats into a momentum boost for the Red Raiders, who took advantage of the miscue and went on to win, 69-62.

Though K-State (9-17, 2-11 Big 12) started slowly and trailed by 11 with only four minutes to play in the first half, the Wildcats used a zone defense and dribble-penetration to claw back to within three, 30-27, on an Antonio Gordon bank shot just before halftime.