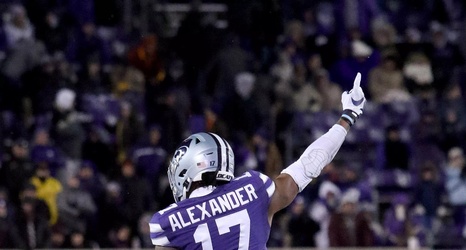 Kansas State beat Iowa State 27-17 on a cold and windy night to put a cap on Chris Klieman’s first regular season in Manhattan. The Wildcats now have an 8-4 record and are part of a logjam of teams in third place in the conference. Kansas State is also one win from tying the all-time series (49-50-4) with the Cyclones.

As Jon Morse notes in his recap, a strong defensive showing and the resurgence of Kansas State’s rushing attack were responsible for the win. The weather should probably be credited with an assist too, as it seriously stymied Iowa State’s passing attack with quarterback Brock Purdy.