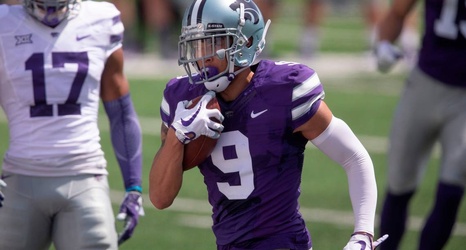 K-State receiver Hunter Rison gets lots of tips from his father, a former NFL receiver By

The court date was scheduled following his arrest for suspicion of domestic battery; knowing or reckless bodily harm to family/person in a dating relationship, which occurred Friday afternoon in Manhattan.

Rison is scheduled to appear in front of district magistrate judge James Kepple.

The sophomore receiver has also been served a temporary protection from abuse order, which was made by the alleged victim.