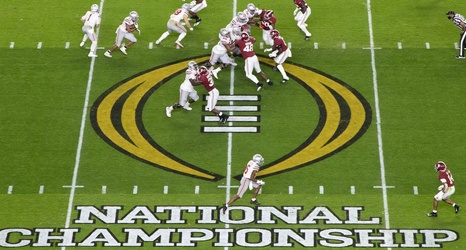 Even before the four-team College Football Playoff launched in 2014, critics called for a larger playoff. Today the CFP took a big step toward that, announcing a recommendation from a sub-committee of its management to expand to a 12-team playoff.

In its press release, the CFP said the process to make a decision on the sub-committee’s recommendation won’t finish until this fall.

A 12-team playoff field would include the six highest-ranked conference champions, as well as six at-large selections chosen by the playoff committee. Officially, no conference will receive an automatic bid, but it seems highly unlikely a Big 12 Champion would get left out, as they would need to be ranked outside the top 12 and behind at least two G5 conference champions.