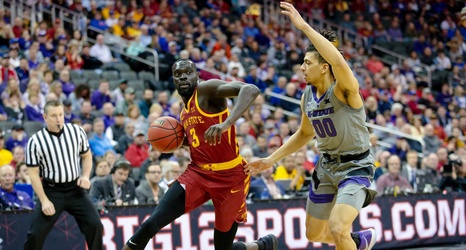 Kansas State lost to Iowa State 63-59 at the Philipps 66 Big 12 Tournament last night. The Cyclones will now take on Kansas in the title game later today.

It was a physical contest, and as Luke Sobba notes, the Wildcats had several chances to put the game away. But on a day when Iowa State’s Marial Shayok could apparently do no wrong, the baskets didn’t quite fall when they needed to for Kansas State.

The Wildcats aren’t particularly healthy, with Dean Wade still missing from the lineup with a foot injury, Cartier Diarra only just returned from a hand injury, and Kamau Stokes battling migraines.