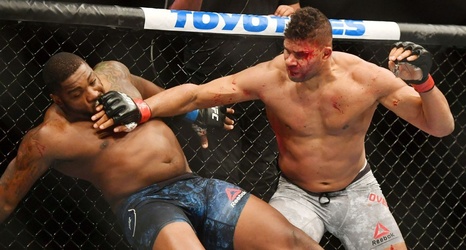 It was an emotional Saturday night in Jacksonville, as the UFC wrapped up its three-card stay in Florida. In the main event, Walt Harris came out swinging and nearly picked up a knockout victory over Alistair Overeem, only for the veteran Overeem to come back and take over the fight. After Overeem scored a second-round TKO, he embraced Harris, who was fighting for the first time since the loss of his stepdaughter in late 2019.

The theme for much of the rest of the night was tight decisions. On the main card alone, Claudia Gadelha edged past Angela Hill by split decision and Dan Ige did the same against Edson Barboza.