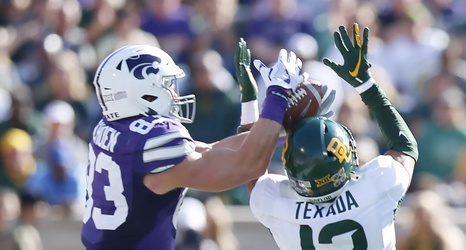 The game was a complete trash fire for the most part. There’s really nothing more to say than that. The lines were both manhandled the entire game, and that was the ballgame.

Offensively, K-State managed a couple of decent drives, but only one ended in a touchdown and that was late in the fourth quarter. The run game was non-existent, and while Skylar Thompson was able to complete a bunch of passes, the offense wasn’t able to sustain because the running game just never got moving at all.