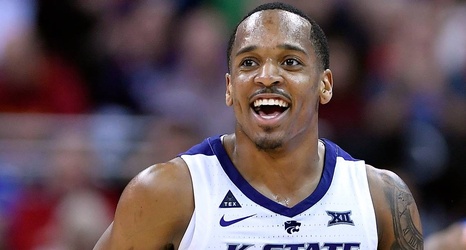 Bruce Weber is ready to give his pregame speech to the Kansas State basketball team, but he can’t start just yet.

As much as the coach would like to begin going over his final keys to victory and start firing up the Wildcats with some inspirational words, it would be foolish for him to say anything until Barry Brown is in the locker room.

When will that be? Good question. Everyone else on K-State’s roster is present and accounted for, but Brown is still out on the court shooting free throws. His teammates quit warming up a few minutes ago, but Brown won’t leave until his shot feels perfect.