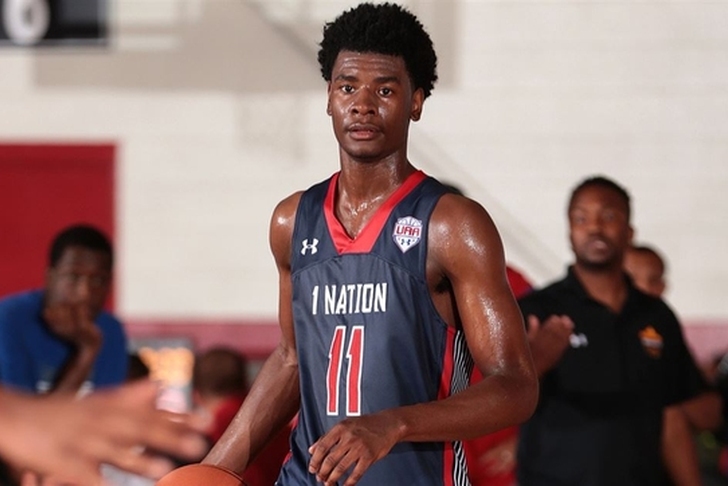 The Kansas Jayhawks are one of the favorites to land star recruit Josh Jackson, the No. 1 overall prospect in the country, and though he says he has made up his mind on where he will commit, Jackson has yet to announce his decision.

Arizona and Michigan State are also pursuing Jackson, but it appears that he has already picked Kansas. CBS Sports' Gary Parrish has KU ranked third in his early top 25 rankings for next college basketball season on the premise that Jackson will be a Jayhawk.

"This ranking is based on the Jayhawks landing Class of 2016 star Josh Jackson, who remains uncommitted but is reportedly leaning toward KU. Combine him with that better-than-most-think backcourt of Frank Mason and Devonte' Graham, and other veterans like Landen Lucas, Sviatoslav Mykhailiuk and Carlton Bragg, and Bill Self will be expected to win his 13th straight Big 12 championship."

Jackson raved about his trip Allen Fieldhouse during the season and thinks he can follow former No. 1 recruit Andrew Wiggins' path through Lawrence to being the top pick in the NBA Draft.

However, Jackson isn't expected to announce his decision until the deadline for early entrants to withdraw from the draft passes, which isn't until May 25. College players can now enter their name into the NBA Draft pool each offseason while remaining eligible to return to school with no penalty as long as they don't hire an agent. Many players are utilizing this strategy to get feedback from NBA teams before making an ultimate decision on whether to stay in the draft or return to school.

What is going in Kansas' favor is that two of their top three shooting guards, Wayne Selden and Brannen Greene, have already entered the draft and hired agents, creating plenty of playing time for Jackson.