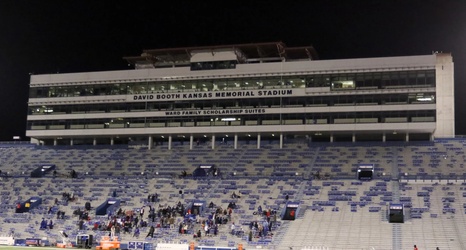 It is now being widely reported (on Twitter, by Jesse Newell, Mike Vernon, and others) that Travis Goff, currently the Deputy Director of Athletics at Northwestern (in the Big 10), has agreed to become the next Athletic Director at the University of Kansas.

Goff, a Dodge City native, completed his undergraduate degrees (journalism and sociology) at KU, attending graduate school at Tulane. His work experience includes time in the KU athletics department as well as Associate Athletic Director at Tulane prior to his time at Northwestern.

As for professional accomplishments, Goff oversaw the rebuild of the Tulane athletic department following Hurricane Katrina.