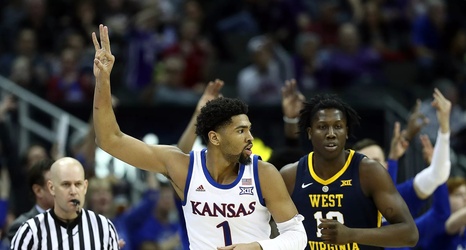 All Dedric Lawson did in his one year at Kansas was lead the Big 12 in both scoring and rebounding. It’s fair to suggest those numbers are a bit overinflated due to the early season ending injury to Udoka Azubuike and Quentin Grimes being a surprising nonfactor, but Lawson was still incredibly efficient. He has the 2nd highest usage rate at Kansas since 2008, and among players with a usage rate over 25 percent he ranks 4th in true shooting percentage, 4th in offensive rebounding, and has the 2nd lowest turnover rate.