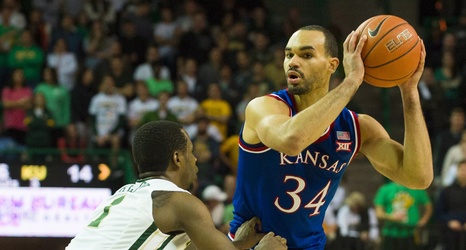 Mr. damn consistent. By PRPG, Ellis has 3 of the top 30 seasons since 2008. In his final three years in Lawrence, he averaged between 13.5 and 16.9 ppg, 5.8 and 6.9 rpg, and 1 and 1.3 assists per game. He also did it while shooting basically the same percentage in his sophomore and senior year. In his senior season, he scored in double figures every game but three and never scored more than 27.

He also was dependable in another area: he never ever turned it over. His 11.8 percent turnover rate as a senior is second lowest of any Jayhawk since 08 with a usage rate of 20 percent or higher.