The state of Kansas football: Examining the first half of the season 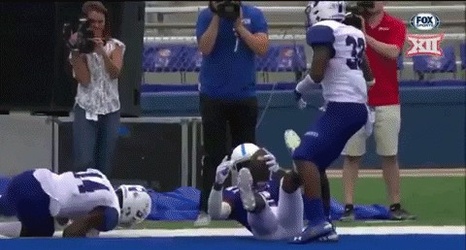 So far, it’s safe to say that Les Miles doesn’t have Kansas football in a terrible situation. A 2-4 record after hiring a new head coach really isn’t an awful spot to be in right now, especially considering the team only won three games last season.

Still, fans are expecting a lot from Les Miles’ first season with the Jayhawks. Here’s a breakdown of Kansas football’s first half of the season

Week One vs. Indiana State

In Les Miles’ debut, the Jayhawks got things done in an ugly way, but it was a win nonetheless. Kansas knocked off the FCS Sycamores 24-17 in a thrilling last-minute drive orchestrated by quarterback Carter Stanley.