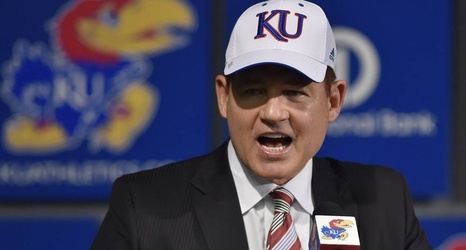 The hiring of Les Miles appears to have already made an impact on Kansas football ticket sales.

Athletic director Jeff Long said Thursday that KU had sold more than 9,000 season tickets for 2019; that number is 97 percent of the total that the department secured last season.

“Very excited and enthused,” Long told The Star following KU’s Athletics board meeting Thursday. “And I think that momentum will build.”

The numbers are especially promising because of the timing. Last year, KU Athletics had not made an option available in February for football renewals and new ticket sales.