Notebook: Carter Stanley Looks Back on KU Career Ahead of Senior Day 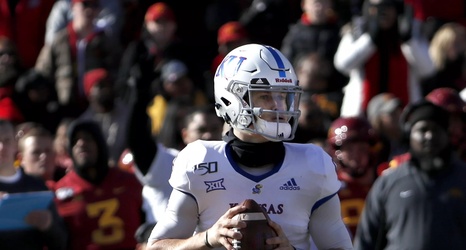 Hakeem Adeniji reflects on KU football career before senior day
"I’d had a pretty good game that week, and I remember at the end of the season seeing him go in the third round [of the NFL Draft]," Adeniji said. "It was like, 'Yo, I was going out there as a freshman, I was like 260, playing with some cats that are in the league now. I can really hold my own.'"

How a Les Miles wink set stage for Carter Stanley's senior year
Stanley could have transferred from the KU program before the season since he had already graduated.