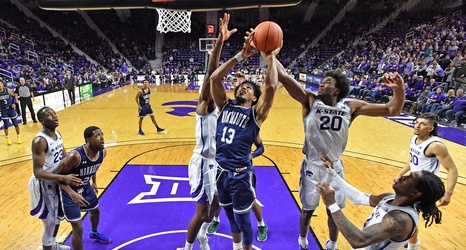 Stylistically, this is probably the opponent you would want to draw up if you’re Kansas. Monmouth takes among the fewest number of threes in the country, and it hasn’t really resulted in making a ton of twos either. The last couple years they’ve scored via getting to the free throw line, but even that has deserted them thus far.

While Kansas may not force as many turnovers as Monmouth opponents as a whole have, I’ll be surprised if the Jayhawks allow a point per possession. Monmouth has some size, but mostly they can’t shoot (and don’t shoot), rebound, or take care of the ball.